'Complexity' is a technical term. It is not the same thing as complicatedness. What is a complex system? In general terms, a complex system consists of a number of interacting 'members', 'elements' or 'agents', which have the potential to generate qualitatively new collective behaviour. Manifestations of this new behaviour are the spontaneous creation of new spatial, temporal, or functional structures.

Complex systems can self-organize, which means that globally coherent patterns can emerge in them out of local interactions. Flocking behaviour of birds is an example of this. Simple local rules like 'separation' (avoidance of crowding, or short-range repulsion), 'alignment' (steering towards the average heading of neighbours), and 'cohesion' (steering towards the average position of neighbours, or long-range attraction), result in well-organized flock patterns, even when nobody is in command. 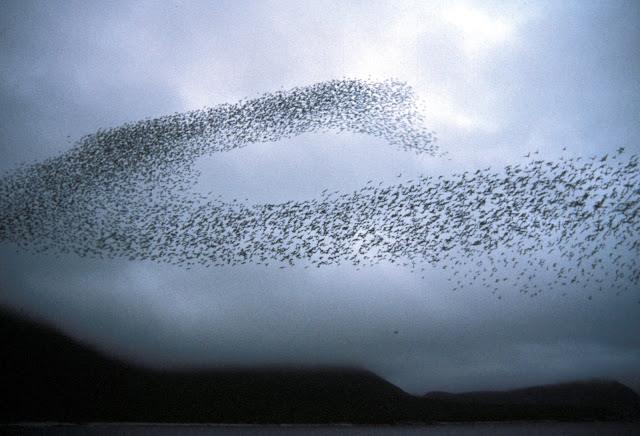 Many other such examples of self-organization can be seen in Nature: shoals of fish; swarms of insects; bacteria colonies; herding behaviour of land animals. Experiments carried out on humans showed something similar: When 5% of the 'flock' changed direction, others followed suit.

Per Bak, who made seminal contributions to complexity science, gave the following definition: Complex systems are systems with large spatial and/or temporal variability. In the context of this definition, some counter-examples are a gas and a crystal. Both are epitomes of uniformity or sameness, with hardly any variability; all portions are the same.

We can formally define complexity as something we associate with a complex system.

As explained in Part 30, a characteristic feature of complex systems is the emergence of unpredictable and therefore unexpected properties or behaviour. The emergence of life out of nonlife was one such property.

We humans and our interactions with one another, and with our biosphere, are among the most complex imaginable systems. What is our future going to be like? Although we cannot make definite predictions, even probabilistic statements about the more likely scenarios can have a salutary effect on how we conduct our affairs (e.g. regarding the management of climate change) to achieve high levels of sustainability.

Why do complex systems self-organize? The answer to such questions has to do, as usual, with the second law of thermodynamics for open systems. Imagine a bathtub filled with water. Suppose you suddenly pull out the stop. An interesting vortex structure develops soon, as the water drains out. The vortex is an ordered dynamic structure, which appears to have emerged 'spontaneously' from stagnant water. So this is self-organization. Strictly speaking there is really nothing spontaneous about it, because there is a driving force, namely gravity. We still call it 'spontaneous' because it has happened even when no design work by anybody went into it.

Under the continual action of the driving force (gravity), the system is in a far-from-equilibrium condition, in which, although there is an overall increase of disorder (entropy) as the water is accelerated in an irreversible manner down the drain, there is creation of order locally. 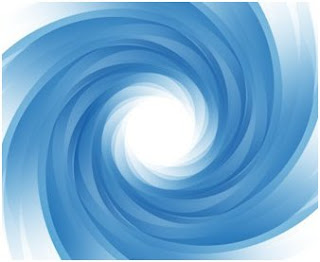 The whirlpool is an energy-dissipating structure. It is also an example of energy-driven organization, popularly known as just self-organization, resulting in 'emergent' or unexpected properties or patterns.

In the context of complexity, the important point is that it is impossible to go backwards from the observed whirlpool structure, and work out in a reductionistic fashion the details of the positions and velocities of all the molecules and the interactions among them that have given rise to the observed complex behaviour. This is generally true of all dissipative systems. And most real-life systems are dissipative systems.

Similarly, except in a broad macroscopic or hydrodynamic sense, the observed complexity cannot be predicted in detail in a constructionistic fashion from the underlying simplicity of the shapes of the molecules and the interactions among them.

The gross features of order and pattern in the whirlpool are on a scale millions of times larger than the features of the interactions causing them. In any case, one cannot perform computations at infinite speed, and a system is said to be computationally irreducible if the simplicity underlying it cannot be worked out or computed in reasonable time. Both reductionism and constructionism stand discounted.

A principle of self-organization was enunciated by the British cybernetician W. Ross. According to it, an open dynamical system tends to move towards the nearest attractor in phase space. What is the mechanism of self-organization by movement towards the nearest attractor? It is the either deterministic or probabilistic ('stochastic') variations that occur in any dynamical system, enabling it to explore different regions in phase space until it reaches an attractor. Entering the attractor stops further variation outside the basin of the attractor, and thus restricts the freedom of the components of the system to behave independently. There is an increase of coherence, or decrease of local entropy. 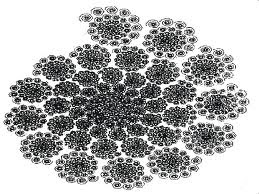 My book Complexity Science discusses such things in substantial detail.
Posted by Vinod Wadhawan at 09:16