‘Our intelligence, as a tool, should allow us to follow the path to intelligence, as a goal, in bigger strides than those originally taken by the awesomely patient, but blind, processes of Darwinian evolution. By setting up experimental conditions analogous to those encountered by animals in the course of evolution, we hope to retrace the steps by which human intelligence evolved. That animals started with small nervous systems gives confidence that today’s small computers can emulate the first steps toward humanlike performance’ (Moravec 1999). 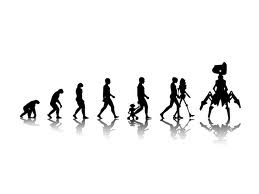 Moravec (2000) estimated that artificial smart structures in general, and robots in particular, will evolve millions of times faster than biological creatures, and will surpass the humans in intelligence long before the present century is over (cf. Part 88). At present this evolution in machines is being assisted by us, and this makes two big differences, both of which can accelerate its speed: (i) unlike ‘natural’ Darwinian evolution (which is not goal-directed), artificial evolution has goals set by us; (ii) Lamarckian evolution is not at all taboo in artificial evolution (in biological evolution it is banned by the central dogma of biology).

Sophisticated machine intelligence, successfully modelled on the human neocortex, should be only a few decades away. This optimism stems partly from the observed trends in computational science. As I mentioned in Part 88, the megabytes-to-MIPS ratio has remained remarkably constant (~1 second) during much of the history of universal, general-purpose computers. Extrapolation of this trend, as also projections about what lies in store after Moore’s law has run its course, tell us that cost per unit computing power in universal computers will continue to fall rapidly. This will have a direct bearing on the rate of progress in the field of computational intelligence.

As Moravec (1999) pointed out, already machines read text, recognize speech, and even translate languages. Robots drive cross-country, crawl across Mars, and trundle down office corridors. He also discussed how the music composition program EMI’s classical creations have pleased audiences who rate it above most human composers. The chess program Deep Blue, in a first for machinekind, won the first game of the 1996 match against Gary Kasparov.

It appears certain to many that we shall indeed be able to evolve machine intelligence comparable to human intelligence in sophistication. As argued by Moravec, a fact of life is that biological intelligence has evolved from, say, insects to humans. There is a strong parallel between the evolution of robot intelligence and biological intelligence that preceded it. The largest nervous systems doubled in size every fifteen million years or so, since the Cambrian explosion 550 million years ago. Robot controllers double in complexity (processing power) every year or two. They are now barely at the lower range of vertebrate complexity, but should (hopefully) catch up with us within half a century. This will happen so fast because artificial evolution is being assisted by the intelligence of humans, and not just determined by the blind processes of Darwinian evolution.

In due course, probably within this century, intelligent robots would have evolved to such an extent that they would take their further evolution into their own hands. The scenario beyond this crossover stage has been the subject of much debate. For example, the books by Moravec (1999) and Kurzweil (2005) continue to invite strong reactions. I mentioned motes in Part 87. Perceptive networks using motes will be increasingly used,and not just for spying. Such distributed supersensory systems will not only have swarm intelligence, they will also undergo evolution with the passage of time. Like in the rapid evolution of the human brain, both the gene pool and the meme pool will be instrumental in this evolution of distributed intelligence. This ever-evolving superintelligence and knowledge-sharing will be available to each agent of the network, leading to a snowballing effect. 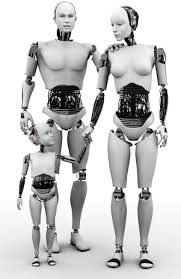 However, estimates about the speed with which machine intelligence will evolve continue to be uncertain. For example, this is what Moravec wrote in 2003: 'Before mid century, fourth-generation universal robots with humanlike mental power will be able to abstract and generalize. The first ever AI programs reasoned abstractly almost as well as people, albeit in very narrow domains, and many existing expert systems outperform us. But the symbols these programs manipulate are meaningless unless interpreted by humans. For instance, a medical diagnosis program needs a human practitioner to enter a patient's symptoms, and to implement a recommended therapy. Not so a third-generation robot, whose simulator provides a two-way conduit between symbolic descriptions and physical reality. Fourth-generation machines result from melding powerful reasoning programs to third-generation machines. They may reason about everyday actions with the help of their simulators (as did one of the first AI programs, the geometry theorem prover written in 1959 at IBM by Herbert Gelernter. This program avoided enormous wasted effort by testing analytic-geometry "diagram" examples before trying to prove general geometric statements. It managed to prove most of theorems in Euclid’s “Elements,” and even improved on one). Properly educated, the resulting robots are likely to become intellectually formidable, besides being soccer stars'. But there are some who believe that things may not move that fast. There is a reason for this pessimism, as best expressed by Nolfi and Floreano 2000: 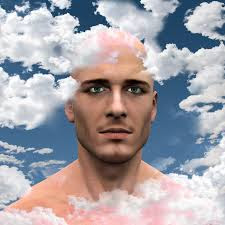 But there are some inveterate enthusiasts as well, who are expecting an incredibly rapid narrowing of the distinction between humans and robots, and even a merging of the two identities. Here is what Kurzweil wrote (in 2012): 'My sense is we're making computers in our own image and we'll be merging -- we already have -- with that technology. We're going to use those tools to make ourselves more intelligent'. The title of his latest book, How to Create a Mind: The Secret of Human Thought Revealed, published in November 2012, says it all. The intelligence of machines and humans will now evolve together, in a symbiotic way.