People learn to make sense of the world by talking with other people about it (J. Kennedy 2006).

Learning, smartness, and intelligence are terms we normally associate with living beings. But if our machines are going to be helping us in truly worthwhile ways, we must make them intelligent. And the best way to do this is to make their intelligence evolve.

Intelligence is an emergent property, possible only in complex adaptive systems. Human intelligence arises from the complex interactions among a huge assembly of neurons. The intelligence is a property of the neural network as a whole; each neuron is as dumb as can be.

In this post I shall describe ‘distributed perceptive networks’, which are examples not only of emergence of intelligence in artificial complex systems, but also of artificial swarm intelligence. I have described in earlier posts how swarm intelligence emerges in beehives and ant colonies. Distributed perceptive networks are the artificial equivalents of such vivisystems. A variety of small and low-cost smart sensor systems are available these days. Therefore a large number of them ('smart dust') can be distributed over the area to be monitored, or spied upon.

Similarly, very simple computers and operating systems can be procured in large numbers and linked by radio transceivers and sensors to form small autonomous nodes called motes. They run on specially designed operating systems, like the one called TinyOS (which was developed by a graduate student).

Thus each mote can link up and communicate with its neighbours. Although each unit by itself has only limited capabilities (like a bee in a beehive), a system comprising hundreds or thousands of them can spontaneously emerge as a perceptive network. 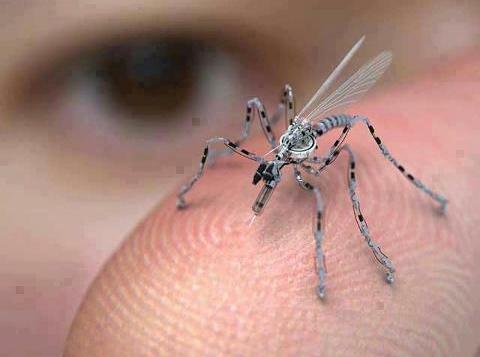 The overall approach in the construction of such networks is based on the following considerations:
Each mote has its own TinyOS (like the tiny brain of a bee). This software of each mote runs on microprocessors that require very little memory (as little as eight kilobytes). The so-called multi-hop networking approach is used for saving power. Each mote is given an extremely short-ranged radio transmitter. A multi-tiered network is established, with motes in a particular tier or layer communicating only with those in the next lower and the next upper layer. Thus information hops from one mote to another mote only by single one-layer steps. This hierarchy also makes room for parallelism. If, for example, a particular mote stops functioning, there is enough redundancy and parallelism in the network that other motes reconfigure the connectivity to bypass that mote. 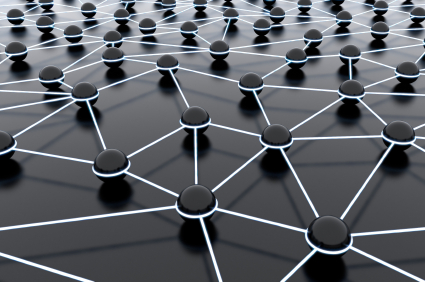 To update or replace the software for a network of motes, the method used is similar to how viruses or worms spread in PCs via the Internet. The new software is placed only in the ‘root’ mote, which then ‘infects’ the neighbouring motes with it, and so on, up the hierarchy.

The brain, the sensors, and the actuators of an artificial intelligent structure can be situated in different locations, employing what is called pervasive computing. Add to this the fact that the sensors in this network can be different from the human sensory system, and something truly remarkable can emerge: Human intelligence is based on pattern formation based on the sensors and computing capability available to it. A different set of sensors and computing architecture can result in a different kind of (machine) intelligence, which can see patterns we humans have not and cannot (Hawkins 2004). 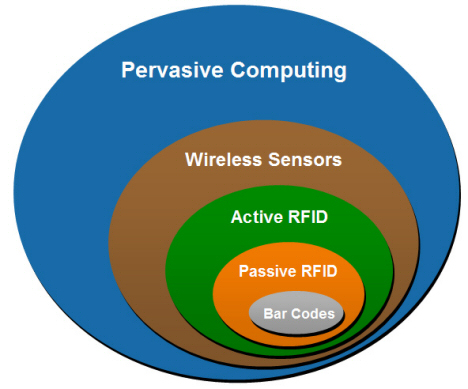 Pervasive computing will have truly far-reaching consequences for applications concerning, say, terrestrial phenomena like weather forecasting, animal and human migrations, etc. Suppose we let loose weather sensors with a certain degree of artificial intelligence all over the globe, all communicating with local brain centres, and indirectly with a centralized brain. Since these are intelligent artificial brains, they will form a worldview with the passage of time, as more and more sensory data are received, processed, and generalized. As I said above, since the sensors need not be like those of humans, the pattern formation in the artificial superbrain will be different from that in our brains. This machine-brain will recognize local patterns and global patterns about winds, etc., and there will be a perspective about weather patterns at different time scales: hours, days, months, years, decades. The crux of the matter is that the intelligent machine-brain will see patterns we humans have not and cannot.

Here is another scenario involving artificial distributed intelligence. With the ready availability of technologies like the Microsoft ‘decentralized software services’ (DSSs) for easily writing the programs needed for distributed robotic applications, it is now possible for a network of wireless robots to tap into the power of desktop PCs for carrying out tasks like recognition and navigation (Gates 2007). The DSSs enable the creation of applications in which the various services operate as separate processes that can be orchestrated just like we can aggregate images, text, and information from different servers on a Web page. The DSSs need not reside entirely on the robot. They can be distributed over many PCs. 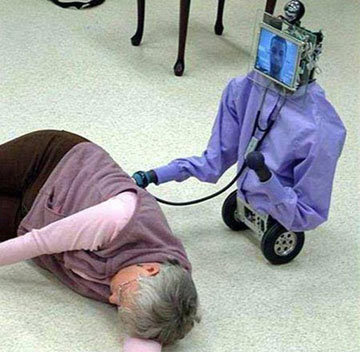 One can link wireless domestic robots or personal robots (PRs) to PCs. This makes it possible, for example, to keep a long-distance tab of what is being done by the PRs. The robots, of course, communicate with one another also. 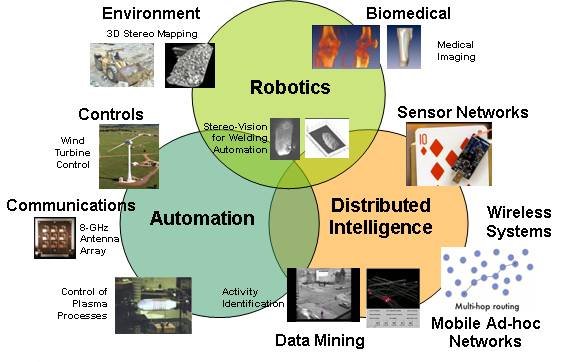 An example of a practical application of what has been called 'particle swarm intelligence' is that of optical network optimization. Dynamic optimization enables increased network flexibility and capacity.

It goes without saying that artificial intelligence of any kind can go only as far as the power of the computers behind it. In the next post we shall take a look at the evolution of computing power per unit cost over the last century.