We are to admit no more causes of natural things than such as are both true and sufficient to explain their appearances. Therefore, to the same natural effects we must, so far as possible, assign the same causes (Isaac Newton). 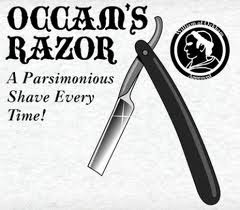 We say that the planets in our solar system go around the Sun. This is a simple model or theory which we use for calculating, for example, the time of the next solar eclipse. 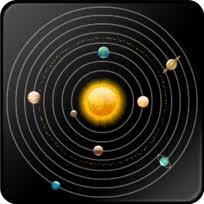 But we can make an equally valid calculation by working with a model in which our Earth is the hub, and other planets and the Sun go around it (remember Ptolemy's geocentric model?). However, the second calculation would be far more complicated than the first. It makes sense to first choose the simplest of the two or more alternative theories for explaining a set of observations about a phenomenon. The proverbial Ockham's razor shaves away the unnecessary stuff, and only the simplest or the most parsimonious theory, which makes the smallest number of assumptions, usually survives in our criterion for a good theory.

But it is conceivable that the simplest theory may be wrong or inadequate. The idea of Ockham's razor (it is only an idea, after all) is that one should proceed to simpler theories until simplicity can be traded for greater explanatory power.

Confronted with a multiplicity of candidate theories, we have to bring in likelihood or probability considerations ('Which theory is more likely to be right?'). It turns out that algorithmic information theory (AIT) comes to our help here, and provides a certain degree of legitimacy to the philosophical-looking Ockham-razor approach: 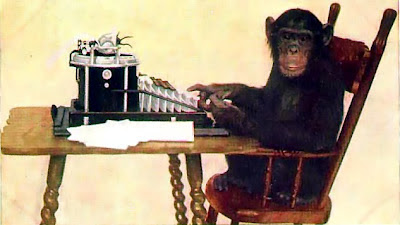 Now suppose we are having a bit-string representing a set of data, and we want to understand the mechanism responsible for the creation of that set of data. In other words, we want to discover the law, or the computer program, among many we could generate randomly, which produced that set of data. According to the above AIT rationalization for Ockham’s philosophy, the shortest such program is the most plausible guess, because it has the highest AP. The simplest explanation is usually (but not always) the right one.

The Ockham-razor idea has two parts: The principle of plurality, and the principle of parsimony, economy or succinctness. The former says that plurality should not be posited without necessity. And the latter says that it is pointless to do with more what can be done with less.

The celebrated scientific method is implicitly based on three axioms:
In science we assume that theories or models of natural law must be consistent with repeatable experimental observations. This assumption is based on the above axioms, and Ockham's razor is often invoked in scientific debate.

We could still imagine that there is a set of laws that determines events completely for some supernatural being, who could observe the present state of the universe without disturbing it.  However, such models of the universe are not of much interest to us mortals.  It seems better to employ the principle known as Occam's razor and cut out all the features of the theory that cannot be observed (Stephen Hawking in A Brief History of Time).

Albert Einstein is famous for many one-liners, including the following: 'Everything should be made as simple as possible, but not simpler.'
Posted by Vinod Wadhawan at 09:02